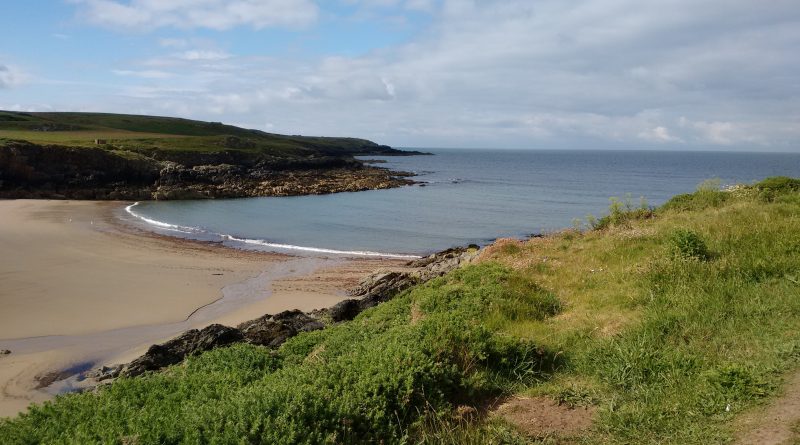 I love this place, not just for the fishing. It is just along from Ty Croes to the east and Rhosneigr to the west. The amount of dolphins and other large sea creatures such as whales I have seen in this area is awesome. 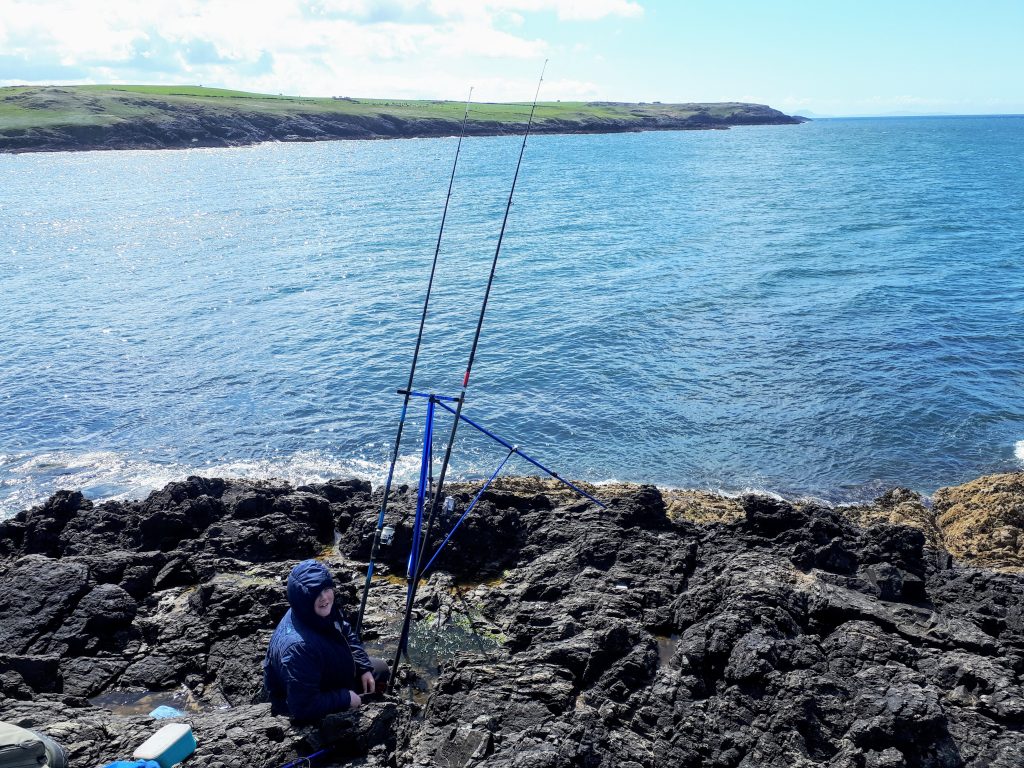 It take around 25 minutes the drive to Cable bay from the Britannia Bridge crossing. Fishing wise it is good on its day, you park at a little car park for the beach that is now unfortunately pay and display (can get away with at night but it’s your call) There is also a little lay by that fits around 10 cars a little further up the road towards Rhosneigr, its free here but adds a little to the walk. Looking out to sea from the car park follow the right hand side headland, there is a footpath along the edge of the bay. You will be fishing next Barclodiad Y Gawres, a 5000 year old neolithic burial mound. 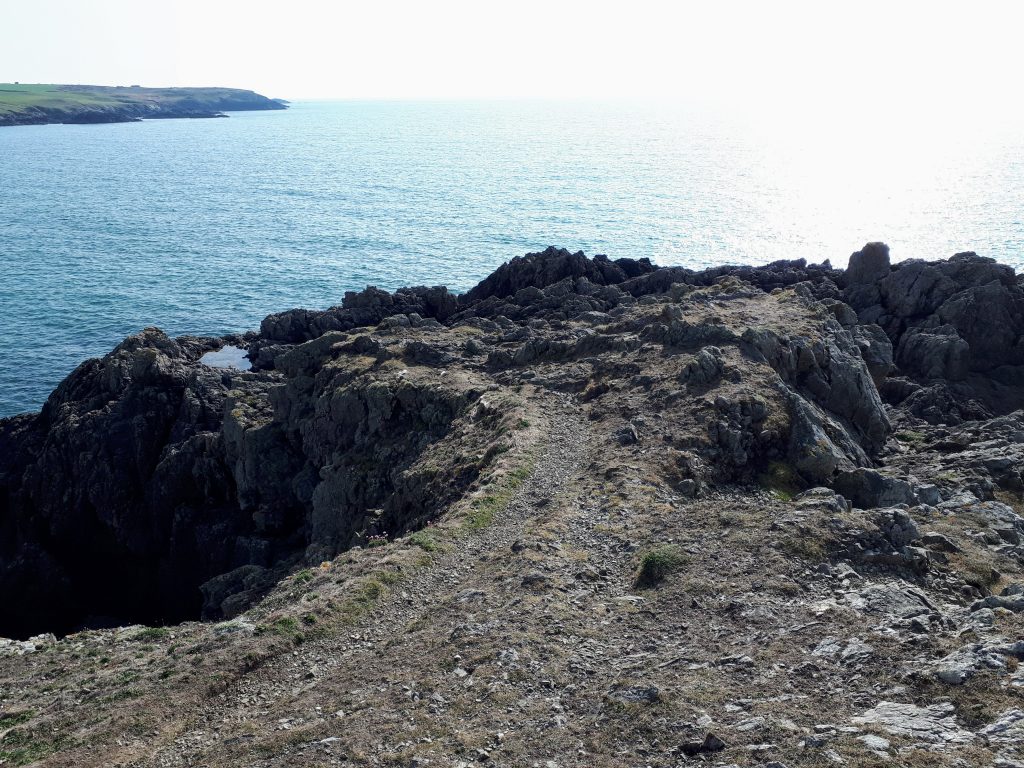 It is quite an easy tab with the gear, the end is down onto the rocks which can be a bit tricky in places. Decent footwear is a must for these sort of conditions. Fishing diagonally across the bay is onto a sandy bottom which is at around 60 yards out. It is full of Dogfish but it is also known to produce Rays too. The further right you fish the more snags you get but the more species you are likely to catch. Minis are abundant in this section and it is great for catching Wrasse. Try plugging over the top of the kelp for Bass 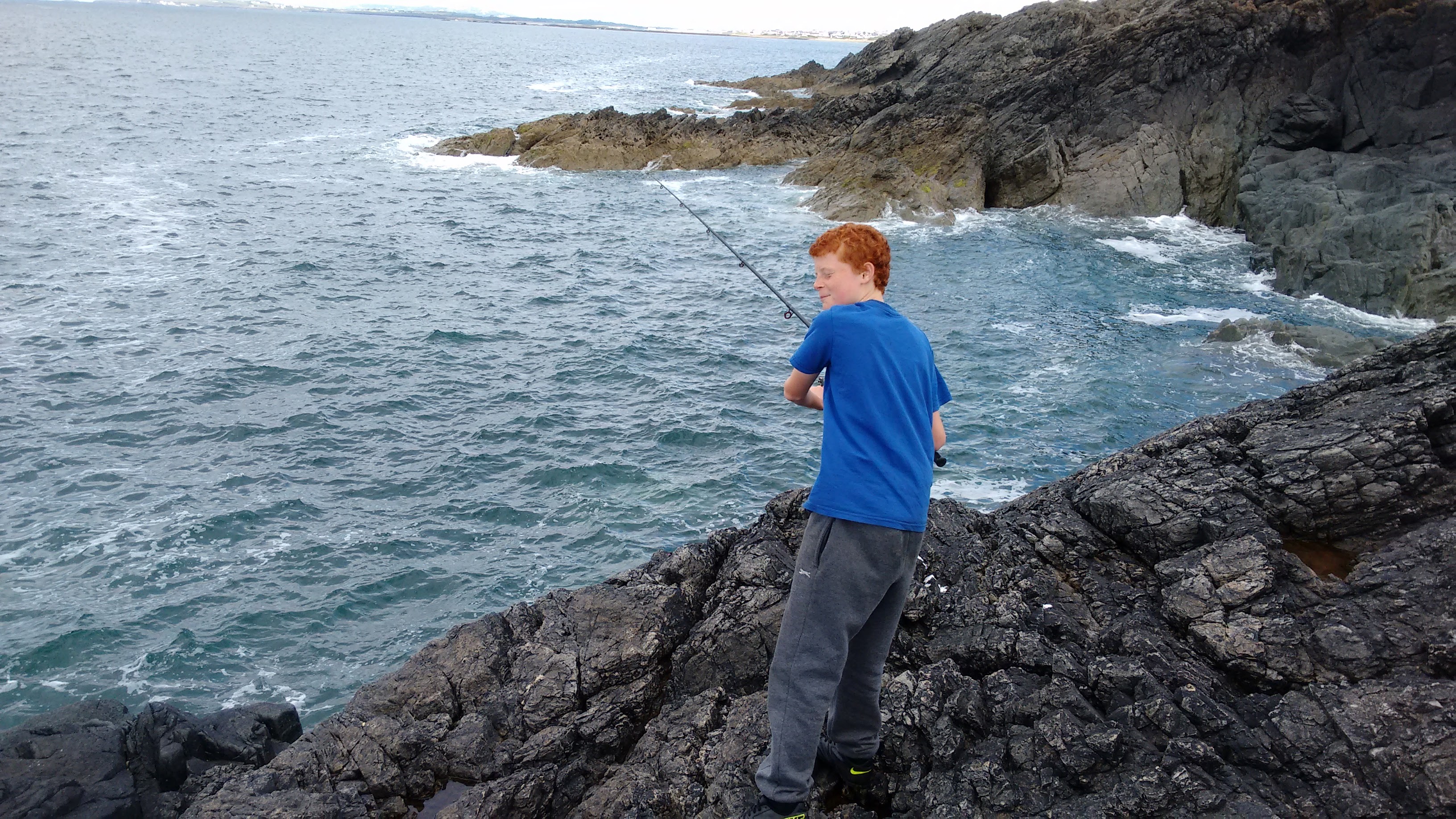 The fishing is good and similar to Ty Croes not far to the east behind the race track. It is a good ray mark in the right season with most species making a show, lobster and octopus will also make an appearance. I’ve seen diving footage of the area with a few blue lobsters about as well as numerous catch report featuring them. However this depends on wether you fish into the bay of the rougher ground to the right. 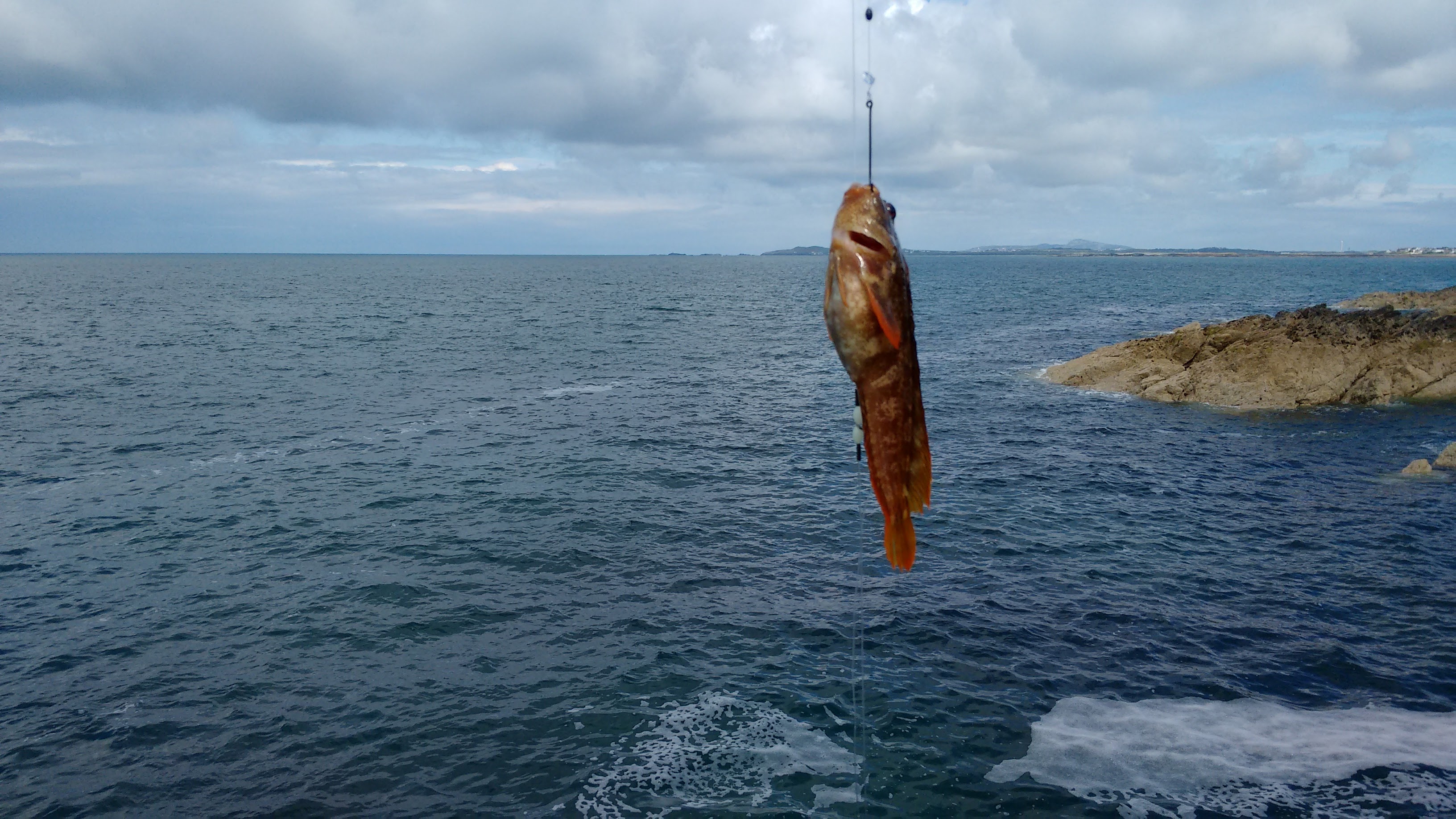 Close in you can fish for mini species and Wrasse, there are plenty about as well as Pollock. Float fishing with pieces of rag or lug can produce well, I’ve had plenty of fish come out to lures. I like to bait up feathers but mainly Sabaki’s and fish them under a float at the edge of the rocks. 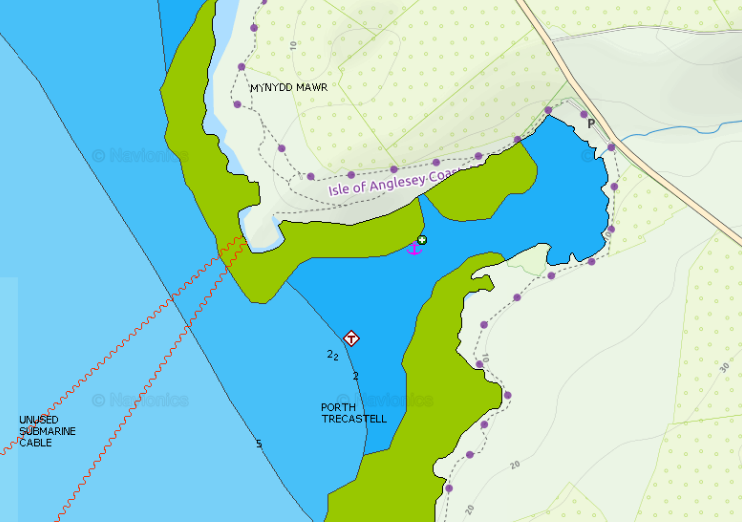 Cable Bay is known in Welsh as Porth Trecastell and is a great spot to fish, the views are fantastic and depending on wind direction it can offer a bit of protection. As always keep an eye on the sea when high tide is approaching as you don’t want the swell taking you off the rocks. It is a safe enough venue, the rocks can be a little tricky to navigate. Make sure you have decent boots on, its amazing how much easier they make it. There is a small relatively flat ledge to fish from, although most places can be difficult to retrieve larger fish. 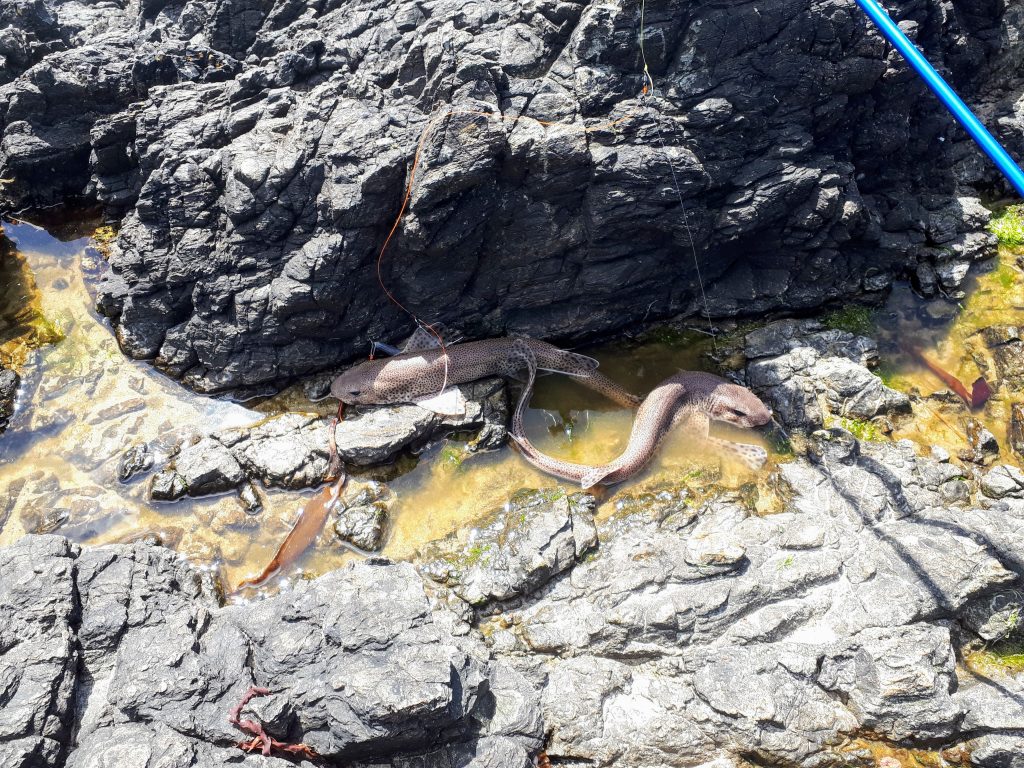 All will work well as there are various species around, only specifics needed when targeting species such as the Rays and Huss.

Check out our other fishing venue pages using the menu