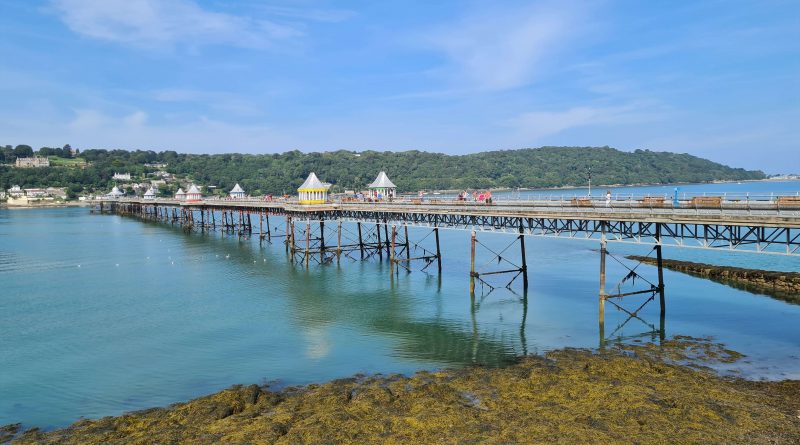 Bangor Pier is a North Wales fishing venue that sits across the Menai Strait. The pier allows anglers to reach a larger area of waters than you could by casting from the shore. The structure of the pier also forms its own habitat allowing you to catch a larger variety of fish (mini species). The bait fish can often be seen shoaling around in summer too.

One thing to be aware of when fishing from the pier if you want to fish in deeper water, fish from the end. The general depth under the pier itself is not very deep at low tide with the bottom clearly visible along the pier. The landing walkway on the end has also recently collapsed so watch for snags if fishing directly below where it was.

You can get tickets to fish from the pier from the hut at the start. You will be able to fish as long as the pier is open, it is gated and locked when not.

The areas on either side as you walk down are generally snag free too. Try getting in behind a kiosk if its a busy day with walkers or windy.