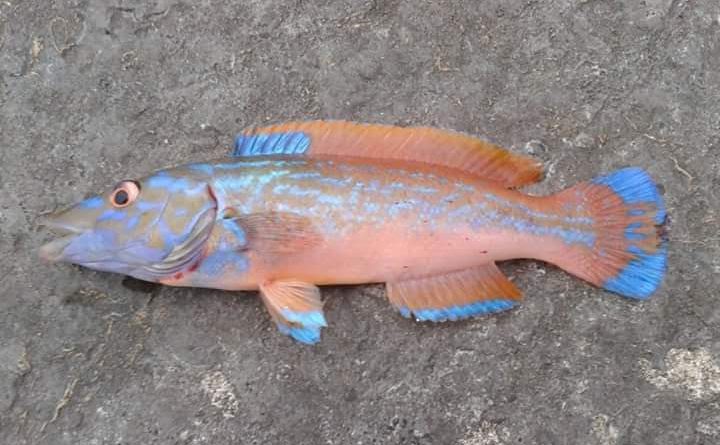 Wrasse fishing around the UK is a great part of sea angling that everyone should try. It also helps bring young anglers into the sport. Light tackle is all that is needed and the beautifully coloured fish will get them hooked. (pun intended)

There are several species of Wrasse that live around the UK’s shoreline. The sometimes large and stocky Ballan, the small and intricately coloured Corkwing and the stunning Cuckoo Wrasse. Moreover there is also the smaller Goldsinny, these are not usually targeted unless anglers are involved in species hunt competitions.

Where to find Wrasse

Wrasse fishing is usually nice and easy, they are territorial fish that inhabit areas around inshore and occasionally offshore structures. Some of the best places to find Wrasse are under and close to jetties, piers and breakwaters, particularly Corkwings. The bests spots to find Ballan are rock marks with a bit of depth close in. These areas tend the hold a larger stamp of fish but I’ve had nice Ballan from Holyhead breakwater, so its not always the case.

What tackle to catch Wrasse

You can use most sized rods to target Wrasse but something in the 8 foot range is ideal. It will needs a bit of power as Ballan in particular can be strong fighting fish. Beach Casters are overkill for Wrasse, Carp rods are ok but are a little longer than ideal. Pair an 8 foot spinning rod with a 4000 size reel and you will have a decent setup. Line does not need to be more than 10lbs when targeting Wrasse. A drop net is also a good idea when fishing from structures such as piers. Only smaller hooks are needed as the largest Ballan will be no more than 10lbs (shore record).

The general stamp shore anglers can expect is around the 1-4lb mark for Ballan. The other species of Wrasse are far smaller in size and are generally around 1lb or less. Although not huge fish, Ballan need to be played well and fast, they quickly head for cover when hooked. This may lead to tackle losses if you are not quickly onto the larger fish.

Top tip – float fishing is a good method but you can also try baiting a few Sabiki’s with small pieces of worm. Keep your lead just of the bottom and wait for the rod to rattle. This method is best when fishing from breakwaters.

When is the best time for Wrasse fishing

Wrasse fishing is definitely better between April and September with higher numbers being caught. They are around in the colder months but fishing can be hit and miss. Some fish will migrate to deeper waters too in the winter months, thinning out numbers. You will have to work harder to locate the fish, keeping on the move until you find them.

During periods of rough weather Wrasse will generally seek shelter and are hard to catch. The best time to target them is during calmer summer days, a bit of a chop on the water won’t matter much.

When fishing for Wrasse you have a decent amount of bait options, as they will eat most things. There natural diet consists of various types of shell fish and crustaceans, they will sometimes take small fish. A lot of these baits can be foraged for free around the coast at low tide. My personal favourite bait when fishing for Wrasse is Rag worm, small one inch sections should suffice. Black lug and Blow Lug also work well when fishing in this manner. This may come as surprise but the Lobworm from your own garden’s fish well too.

Get out and give it a go, it’s great fun. You may also pick up a few other species while you are at it. If you are fishing the main rods out and on the bottom and fishing is slow, Wrasse fishing is a great way to pass the time and clock up your species count. 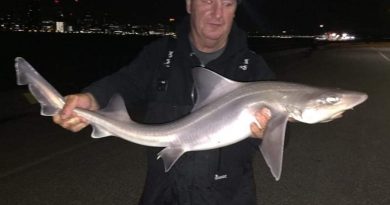 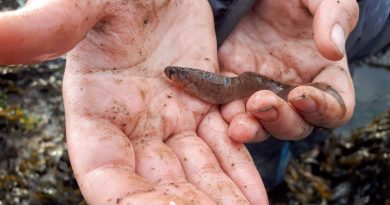