Over the years various companies have all tried to catch anglers attention with new products. Alot of which, as with many things, are designed to catch the angler more than fish.

Sales of fishing related products are sold on mass and brands will often try to out compete each other. Shiny packages with promises of it being the ultimate attractant, some of which can be quite expensive. I remember when I was a kid, Magic was released and I really wanted it but couldn’t afford it. It was sold as the bread feed to have, nothing could compete or at least in my mind. Liquidised bread is a great attractor.

Well, yes, it does work and in more ways than one. However do you really need to buy it or will home made suffice. Regardless, shop bought is in effect the same base compound with varying smells added.

How do I know it works? Well, it’s used by anglers all over to draw fish into their swim. What if you have a different view, you gave it whirl and it didn’t improve your catch? Home made or shop bought, it does draw fish in, at times just because your catch doesn’t improve doesn’t mean it hasn’t done its job. Using bread feed in fast moving water will make it disperse quickly down stream. This may result in the fish you are after leaving your swim and following the trail down stream.

In slower waters it will settle in your swim and fish will home in on the scent. Hopefully then you will see an increase in catch rate as they settle in to feed. Liquidised bread or bread feed is great for attracting silver fish such as Roach and also works well on the hook.

As a bit of a test I took a cheap action camera and performed a few tests in my local canal. I attached an action camera and an underwater light, this was submerged to a depth of 5 foot. When viewing the footage it is quite murky during not particularly bright days at the beginning of March. I was intrigued to see what effect it would have and just how long it would be for the fish to arrive. Would there be much difference when using bread with added extras in the mix. It is in no means scientific but gives a quick indicator of what is happening in the water below. Its doesnt however show if you are already feeding up an area close to a shoal.

Rather than ramble I will stick to the main points. Each recording was a little over an hour long with the camera in place before the mixture was added in clumps / hand fulls.

All 3 mixtures of home-made bread feed produced results with a few minute window. The fish arrived (mainly roach) in single numbers until shoal size. Interestingly the test with the oiled Mackerel mixed in had the most fish in the shortest time. This could be due to the oils helping disperse the scent quicker. Or potentially the fish may have been in a shoal close by as the mixture was added to the water.

Now there were plenty of fish feeding all around so the bread feed worked well as an attractant. However there were occasions when the fish simply disappeared from the area. This is not surprising given that when this occured nice size Perch appeared on the camera. This shoal attracted predators to the feeding silver fish, which will in turn decrease and anglers catches.

All 3 mixes of the bread feed pulled in Perch that were following the Roach. However, only the one mix, test 3 with the oily Mackeral had the camera pick up a large Pike. This maybe entirely coincidence with the Pike sensing the feeding shoal or picking up the scent of the Mackerel.

So does bread feed work? Yes, definitely and in more ways than one. Not just smaller fish but predators too. It may even be worthwhile using it to draw in Perch and Pike to feeding shoals. As opportunistic hunters any dead or fish appearing injured would most likely be taken. They will always follow there food source and are known to hang around the edge of shoals. Basically they are waiting for an opportunity to pick up an easy meal. Fishing here may well present greater opportunities to anglers targeting these fish.

Do you need to buy fancy bread feeds? I would say no, it’s really quick and easy to do it yourself. Not to mention cheaper in the short and long term. Try adding to it and making your own flavours so to speak if you feel inclined. For me after seeing how bread alone works I really I honestly wouldn’t bother. So does bread feed work? It certainly does and well too. 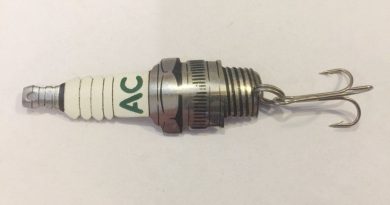 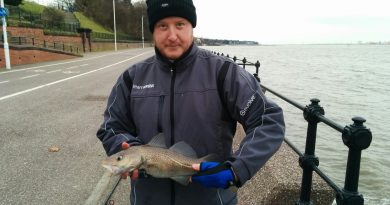 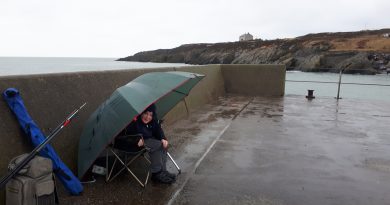