Best supermarket sea fishing bait? We have all thought at some point whether or not it is worth using supermarket ready peeled and cooked prawns. I have crawled the internet looking for information regarding this. The info is there but it is quite sparse and the answers are so polar. I have aired on the side of caution and stuck with tried and tested baits like pretty much everyone else.

We know mackerel is mackerel wherever we buy it from. Cooked prawn is an unknown entity in most peoples view. It’d be so easy to just pull a packet from the freezer for a session. It’s also readily available so no hunting out open tackle shops for those last minute sea fishing sessions.

I was off down the Llyn Peninsula camping after a midnight high tide fishing session at the arches in Colwyn Bay. All the bait packs were empty and I hadn’t planned on a session on the north of the Lynn. I met up with my brother and his family, he too had taken tackle but no bait…just in case he could sneak a session in.

Long story short his other half went for a bit of shopping so he asked her to get him some bait. She came back with sliced herring in a pickled gherkin mix? Some of the cheapest precooked, sorry looking peeled prawns from Morrisons I have ever seen. More bits than anything, they were very poor quality.

We smothered them in bait elastic, about 3-4 per hook and waited. Not a sniff for half an hour and I was fearing the dreaded blank. Then it all at once came to life, 3 rods going at once. Over the next hour or so we had several Smoothhounds, Tope pups, doggies and a random Spider Crab also obliged. The prawns we were fishing on literally had no smell straight out of the packet but were soon picked up by the fish.

I have to say the cheap Prawn worked for me and would use them again as a supplementary bait. Maybe as a main bait when in a tight spot, I will have to test them again at some point. I think anglers biggest fear is the dreaded blank hence to lack of information online.

Again it was a last minute decision. I didn’t have time to get any bait other than what was in my freezer and the sun was out! Called in at Aldi and bought peeled uncooked King Prawn. I thought I could try them at Talacre for the Smoothhounds but I had no joy. People either side of me were catching them on Peeler but no joy for me. My second rod had a two hook flapper on with old frozen lug. This rod caught several flatties and a few bass up to 1.5lb. Result – Fail

So is supermarket sea fishing bait worth trying? Yes and no, as soon as I mess up my fishing plans I will update you on how it goes.

Muscles are also a good bait to pick up from the supermarket and are a great winter Cod bait. Make sure they are not the ones in the garlic butter sauces! I often come across peppered mackerel fillet packets and the such like. They shouldn’t be left in the remote fishing spots but binned, people are trying them though. I think the lack of reports of people catching on them says a lot or they are not actual anglers. More day trippers as I like to think we anglers don’t leave rubbish lying around.

When looking for the best sea fishing baits from the supermarket its best to stick with widely used baits as per the norm. Regardless of my little tests above, if in doubt stick with what you know works.

Mackerel is the work horse of sea fishing baits though there are a few species that will not take it. Its ideal when genreal fishing on the bottom but does not work as well for mini species.

Sprats and other small fish species can often be found on sale or in the whoopsy section and will catch very similar to Mackerel. Though not as oily they will still attract fish and can be used whole if needed.

Squid is another fantastic bait in my opinion. Though it can be expensive in normal supermarket or just not in stock. You best option is to try and find a chinese market or wholesaler type place. Usually both clean and dirty squid is sold and often at far less cost than more mainstream supermakets.

Muscles are a great bulking bait that can provide great catches, Cod seem to love them. They will need preparing prior to hooking as they are very soft and can easily slip the hook. Try plenty of elastic when they are wrapped in other baits as cocktails such as squid.

Prawns (uncooked) are a great all round bait and will work for pretty much all sea fish species including Bass and Smoothhounds. Cooked Prawns will also work well for mini species if fishing down the side of Piers or jetties.

If you come across any knock down baits in the supermarket, its definitely worth picking them up and adding them to the freezer. There is nothing worse than having a weather window or an opportunity to get out and having no bait. Without it there is no session to be had. As long as what you buy is generally native to the coast, you cant go far wrong in your mind so to speak.

That said Bluey is popular and works well so I always advocate trying new things. 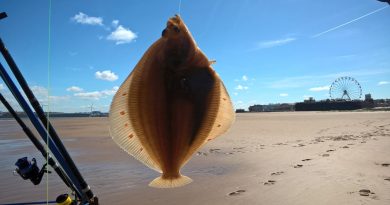 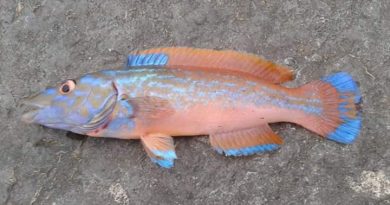 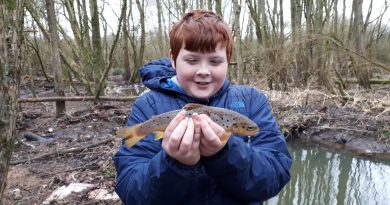