Clean as you go when sea angling is an absolute must.

I bet top dollar you have all arrived at your chosen fishing venue to find it laden with litter. Rubbish left by (I use this term lightly) the anglers that were there before you.

No matter where you are fishing you are likely to come across rubbish strewn around. Whether it be on promenades or out of the way rock marks its there. I like to think that true sea anglers feel as strongly about this as I do. Not only due to the environmental factor but to keep the venues from being closed down to fishing. It could potentially ruin the sport for all of us.

One of the best aspects for me when fishing is the tranquility it offers, especially in more remote locations. In these areas its not just fishing rubbish but cans and often broken bottles strewn among the rocks. It takes the edge off of the experience when its just lying around you. I for one pick up other anglers rubbish from marks and take it home with me or put in the bin 20 yards away. Problem is you just cant remove sharp glass laying over the rocks in a safe manner, and it presents a danger, more so in the dark. You could if you were prepared with the right kit, but we should not have to be.

Promenades with rubbish just left around presents multiple threats to good honest anglers and the general public. Mostly so due to any rubbish left strewn about and being highly visible. Members of the public could complain to the council which may result in the removal of the venues to anglers. Moreover baited hooks are a danger to all, especially dogs who may eat them. Distressing for all involved and potentially deadly for the dog and costly for owners. Anyone who has this happen will report it and you can’t blame them either.

Keep on top of rubbish while you are fishing instead of leaving it to the end of your session. Having bits lying around such all Lugworm papers and rig packets, invites the wind to blow it away. Rain makes the paper fall to pieces and rig wrappers stick to the floor, pop it back in your bag as a matter of course before casting. The very bag taken to the venue with gear in should be the same one used to take it away, its even lighter. More so when it contains cans and bottles. Promenades usually have bins along them so there is no excuse to leave rubbish in sight of one, ever.

There is no need to leave anything behind, accidents happen as I have come back missing an item but never rubbish. The pictures being posted on social media are definitely not accidents, just laziness in its purest form.

Clean as you go when sea angling is now more important than ever, especially for my mental wellbeing! It really does annoy the life out of me. The problem with this write up? It will more than likely only be read by the same anglers that take their rubbish home with them due to its nature.

Please share across all social media sea angling groups in the hope it reaches those who really need it. Sea fishing needs to be what it is, a pleasure sport enjoyed by everyone who participates. Not ruined by what seems to be an increasing number of individuals who could ruin it for us all.

I would appreciate a comment if you think you know how to stop or reducing this in the future. Name and shame gets banded around a lot but people are coming from all over so are unknown to locals or regular anglers. I’m going to say it, its not just occasional anglers as the match down Brunswick 2019 highlighted…

Bin it or take it home, its not hard. In fact its lighter on the way back.

Which is the best sea fishing tripod? 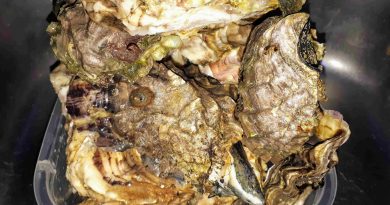 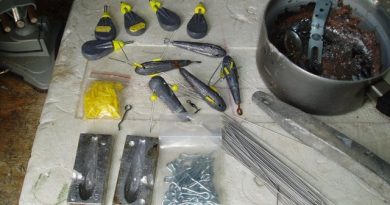 How to make your own sea fishing weights