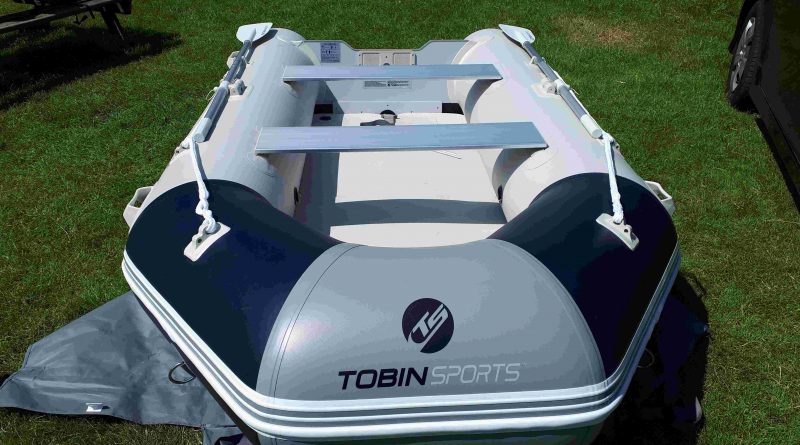 Well, where to start when reviewing the Tobin Sports inflatable boat or the rebranded Mirovia Pro inflatable boat. I think it’s probably best to look into my thought process first to see why I made the decision to purchase a SIB (soft inflatable boat)

I’ve been toying with the idea on and off for the last two years. I want a boat but do I really need one, basically worrying about costs and dealing with outboard engines. Secondly where do I keep it and dealing with launching if it’s not on a mooring. So many variables to consider, what if I’m out and my trailer is stolen for instance? I’ve read the horror stories when researching boat related blogs / articles and forums. It’s not often but still something to be considered when out for the day.

There are so many things that need to be taken into account if you own a boat. I wanted a way to keep costs to a minimum but maintain flexibility. This will allow me to use the boat as much as I can without costing a fortune. Also if I fancy going out on the boat can I manage it all on my own if needs be?

What did I want a boat for in the first place? Well I love sea fishing and wanted to access deeper water in the hope of bigger fish and shoals. Moreover it can also be used as a pleasure boat for family days out. You really can’t beat exploring the coastline on sunny days and a boat puts a whole new perspective on it. (You can always sneak a rod in too)

I finally concluded that a soft inflatable boat would best suit my needs. Weight, portability, costs, solo launching and storage meant it was the best option for my requirements. That said nothing ever is perfect and it’s all about finding the best balance of what is right for yourself.

With my research done I decided a 3.3 metre inflatable boat would best suit my needs (and fit in my small hatchback). Big enough to get out onto the sea and small enough to remain flexible, portable and safe. (Boat safety is an entirely whole article in itself)

There are quite a few established brands of SIB on the UK at various price points. None of which are particularly cheap in the big scheme of things. Weight and transportation size plays a big factor in this.

There are however a few gems of lesser known heratige in the UK market. Brands snobs like to put lesser known brands down due to well, there “made in china”. News flash most SIB’s are and produced to the price point given by the brand, in China. I always research before making a purchase and a lot of views created a vast contradiction. It soon become clear when researching that many comments on items come from people who have no experience of a product.

Now this review is on the Mirovia Pro, its actually the rebranded Tobins sports inflatable boat. It’s not a well known brand in the UK apart from beach toys sold around coastal towns. That is where the similarities end, this is a proper piece of kit. The parent company is Bestway, a huge well established American brand.

The Tobin Sports inflatable or Mirovia pro is well designed and well made bit of class C boat. Not D but class C so it’s designed and manufactured to a to deal with harsher water conditions. It is also legally certified to US coast guard standards, not just a CE stamp.

I’ll give you an idea on how I have used the Tobins Sport Inflatable so far, letting the experience speak for itself. The first 6 trips out were up in the UK Lake District national park. Two Waters in particular (easy launches) Derwent and Ullswater with 3-4 passengers each time. Each time the boat performed effortlessly, on our final trip it was 3 adults and one large child, a cool box, 2 bags and a fluffy throw (dont ask). With this amount of people and luggage it wasn’t overly full but not what I would class as comfortable over the 6 hour pleasure cruise. The trip from Park Foot down to Glenridding was a nice leisurely cruise, the return journey was however was not.

You will be surprised how rough the conditions can become on a lake with a bit of wind on it. Moreover how high and close the waves can become creating an uncomfortable journey. I had no worries whatsoever as the boat performed flawlessly, easily managing the rougher conditions. If anything the only thing I would have changed was the engine which was a little new 3.5hp Mariner. The lack of power in these conditions did upset the apple cart so to speak in keeping the power on and not hammering the engine. Prior to this in calm conditions it was fine maintaining around 4 mph at 1/2 throttle, more was needed to maintain control of the boat. Several trips of around 18 miles and all was fine with the boats performance, looking at others use of inflatables this appears quite a distance.

Sea trials, again with the little 3.5hp Mariner. With 2 adults and two large children the boat was fine to fish from in the sheltered (ish) bay at Nefyn. Comfortably handling the randoms swells and small waves that appeared from nowhere at random intervals. We even had a little cruise over the the Ty Coch Inn at Morfa Nefyn with no issue, the sea did become a little rough near the divided outcrop.

The second sea trial of the Tobin Sports inflatable was an entirely different trip and at times really tested the boat and my capabilities. A 20 mile round trip from the slipway at Menai Bridge up to Puffin Island off North East Anglesey to see the seals. This journey, from experience is one I would never attempt with a 3.5hp unless perfect weather and tidal conditions were a given. Moreover I think I would like to be be with a second boat for safety. Though in the sheltered area around Menai Bridge the 3.5hp is more than adequate.

I clamped on a new Mariner 6hp and left the slipway, myself and one other, fuel and minimal fishing equipment. Tide state was 1 hour before high tide. Although not a significant increase in HP the extra power is far more than usable on these small inflatable SIB boats. With the throttle set only on restart the 6hp pushed the boat along with ease as we worked our way north up the Menai. I was surprised in places at just how narrow it became as low tide even though it wasn’t even a big tide. The trip up to the island was uneventful and quite nice taking in the views from the boat. On arrival we took the chance to watch the seals but spent more time than I had planned.

The swell as we left the end of the island and entered into the open sea was significant with the boat handling it well. Several other boats were disappearing from view at times so I returned to the shelter of the east side of the island. We then headed back down the Menai and to to the car. After a mile or so the sea conditions and wind changed significantly. We were travelling with the tide, South down the Menai as the wind picked up coming from the south. This created really bad conditions for any small boat, tide against wind. The chop became quite bad with the waves being very close together, water was spraying over the top like no ones business. It was definitely a wild and scary ride back down the Menai trying to keep the boat stable, one we reached Beaumais the sea was far calmer.

It really was a scary ride but in hindsight the boat was far more capable at handling the conditions than I was. At no point did it feel like the boat was out of its depth so to speak and I was really impressed with it. If I had stuck to my initial plan and headed back an hour earlier as planned I would not have hit these conditions – planning is key. Once near Beaumaris the sea calmed, as we headed around Gallows point it picked up again but not as bad as the previous few miles. I carried on as at this point I knew the Tobin Sports SIB was far more than capable of dealing with rougher conditions. As we neared Menai town slipway the water calmed to almost perfect conditions.

We have pretty much fill the boat in terms of space but still not come close the the boats weight capacity of 640kg / 1411 lbs which is about average for a class C inflatable boat of this length. Length is 3.3 metres with a width of 160cms, the 43cm tubes help buoyancy and waves splashing over. This particular model also come with an high pressure inflatable floor which saves a bit of weight over its Alu counterpart. Once you have set it up once it will only take 15mins to get ready for your next trip, quicker if using a powered pump as opposed to the manual one (which works fine) that comes with the boat. Surprisingly the oars work fine and inspire confidence, reviews on other boats online often say how poor the accompanying oars perform.

I have seen the Tobin Sports SIB referred to as an entry level boat by an “expert” who happens to sell SIB’s. Never used one, so has no experience with the boat. I have used and tested extensively and will continue to do so, I’m more than happy with its performance. You will find that this boat will keep going long past when you lose your bottle. Its spot on and wouldn’t have anyone tell me different. Will it perform as well as bigger known brands in the UK? Yes, its just not as colorful in its branding but that means nothing on the water. Thumbs up from me.

If you stick a 15hp outboard on this little boat it will absolutely fly along and is great fun. Your choice of outboard should always match your needs, 10hp should be ample for 2 adults and a bit of fishing gear.

I forgot about footage of a ride out on the action cam. Not the best but you can see the boat with the 6hp.

A little update. Due to Covid I have been unable to get out on the Tobin Sport Inflatable boat as much as I would like. The few times I have it has performed flawlessly. 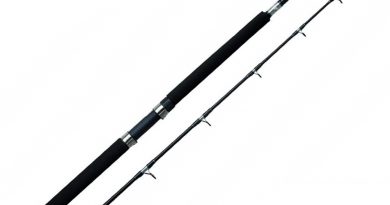 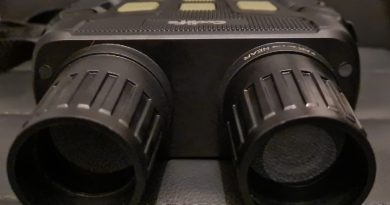 Use code ttackle for 10% discount