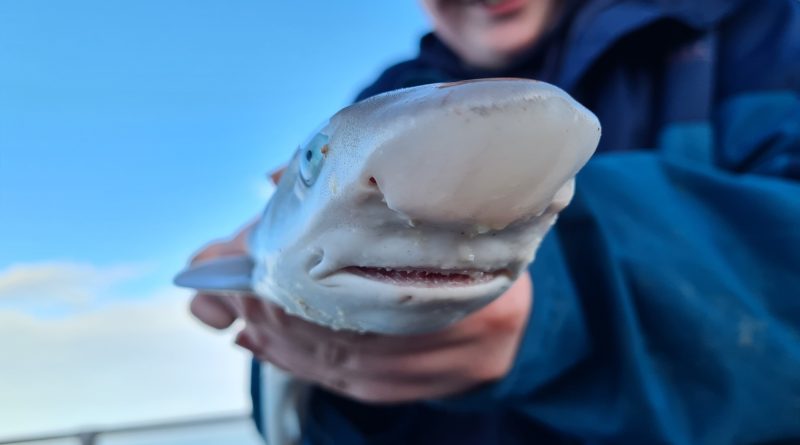 Coldish, wet and miserable was the weather but not when fishing Llandudno Pier.

We arrived at high tide (13.27) and it was pulling like a train. 2 anglers were already setup, they were not local so had made the trip up from somewhere near Birmingham. Both agreed the previous day it had fished well with a few nice Huss and table sized Pollock coming out. However today was poor with barely a bite registered between them.

The two of them left us some of there spare bait and headed off back home not long after high. (I’m sure I saw one of them on the Sea Angler FB page on Monday holding a Huss) At this point I had only caught a Blenny down the side (14.30) and Jimbob not even a bite on the main rod. He was setup with frozen black on the top hook and Mackerel on the bottom of a two hook flapper. I find them a nice simple rig that works well on fairly clean bottoms.

The first fish / bite made an appearance on the Lug at 15:05. Pin Whiting and it continued like that with the pins until a slightly larger one arrived on the bottom hook to Mackerel. It proceeded to empty its stomach contents which consisted of around 3 prawns, one looking fresh. At 15:50 I had two small Pollock down the side on the two baited Sabikis that were hunting for minis. I thought I would have had more luck down the side after swapping the bait to Ragworm but nope.

As I threw the small Pollock back Jimbob was into another fish, I could see from the rod it was better than the Pin Whiting. He hauled it in and to the side, I spotted it and knew he would be over the moon with it. As I lifted it over the side he could not smiling, its was his first Tope…albeit a pup but its still a Tope.

After we got a couple of pictures we got it back in the water and it swam off no bother. It must have been 20 minutes until he stopped smiling which was awesome. I turned my back for 2 seconds to talk to another angler who had arrived an he was pulling in a Pollock on my mini rod!

We had gone from a high tide that was pulling like a train, miserable and overcast to…sunny, calmer tide and plenty of fish. We didn’t catch any monsters but its not always about that, he caught his first Tope and that made both our days.

How often should you change sea fishing baits? 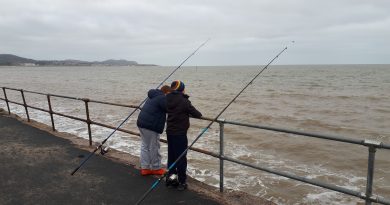 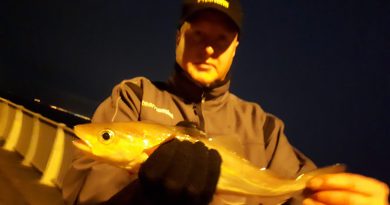 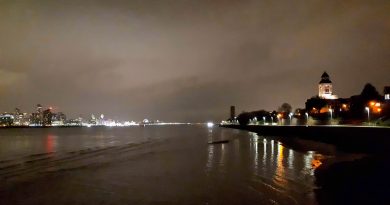